On the Trump fans being with him no-matter-what; it is simply this psychologically speaking and that is;
Trumps following is smarter than you think.
It's not really the intelligence that's lacking as some dems say rather it is many peoples dream to shit on their bosses ---real or perceived.
The emotions come out with trumpeters but that's not new as Obama ---and every candidate since there have been candidates--- has fed off this too.
This is their OJ but now it's them getting away.
This is their unhappiness with their lives.
This is their fear of the unknown.
This is them subconsciously knowing that there's no good fatherly god but having to lie to themselves and it shows itself this way with these particular defenders of their President.
He could be from planet hd72h272h79 and it wouldn't matter now because he is their pain and especially because the perceived "smart" people don't like him.

That's ALL this is I promise you.
It's the bible vs others.
Almost NOTHING could be said that will change this.
They've (with varying degrees of awareness) waited forever to "get those smart fuckers".

Democrats are fervently and ignorantly supported as well (the very nature of elections) but it's largely honestly based on practical issues (whether they're on point or not). Emotion can be staggering as well with them but its not the ONLY thing or when it is it's based on things that actually affect them.
Trumps crew and almost every Republican since it's turned into "this" has always had to FIND an issue to affect them.

Now it's the illegals.

This Trump win is for guys like my character Bill who I trot out on occasions to comment when I need a silly bird to rant and rave incoherently so I can stave off any boredom that I might be experiencing.

He serves a purpose as he's very patriotic so therefore ripe for me or even someone of thought to pick apart.

He's like my character Monia who just can't stop calling me and motherfucking me.
Monia is me but she is you.

So the next time that the democrats say that they don't get it, simply remember that they will if they read www.facebook.com/onaccountofjohn 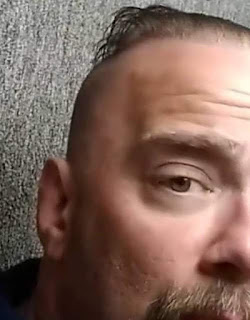