At Least It Wasn't Because I Was White

During my (invited) visits into these LIVE public talk rooms with the black people as they continue to argue that white people ---and anyone that disagrees with them--- suck, they were continually warning each other saying "he's a crazy-smart white boy so watch out".
I still can't get over that.
So you get your crew into a private room and you tell them "be careful he's smart"?
(So he's going to know we're up to bullshit)?
And NO ONE in said room at least feels talked down to after hearing that, or feels that only idiots they can present their arguments to?
Or it doesn't even raise an eyebrow among them that a relatively smart person can show that their argument is unfounded?
So you have an agenda that can't afford a smart person?
Says so much.

I mean if you are only worried that the person that you're engaging with to get across your argument might be smart, then it just might be that you don't have a good argument.

But then they see the certificates that I sent them that showed that I have only a relatively normal IQ but it only made them even more defensive.
As I have written about before, this is a psychological problem within themselves rather than any racism problem coming from others.
It's prototypical self-hatred.
And it doesn't give me a thrill to say that.

America is NOT racist.
We're dumber than hell; frustrated as fuck; say hateful things when a black person pisses us off; still say "nigger" quite often to relieve our frustration with the blacks.
But we're not racist.
Neither was that cop in MN or in most other video events that we've seen over the last 40 years.
They were all scared.
But that's not racism.
That's just good observation skills coming from the non-blacks.

This continual attempt by them to shut me out is exactly what is at the heart of why that black people get treated the way that they do by the police and others.
If you have been following those exchanges then you will see that their almost every response to everything that I say over all those hours has been about how racist that I am even when I couldn't have been more careful to be so considerate to the black plight.
And here it is... when regular folks see how the blacks behave when they are simply critiqued, imagine how that they (the cops) must feel internally when they have to actually arrest a black person.
Meaning, if a person is not even going to be responsible for the things that they say, imagine the expectations that the police and others are now forced to have about them being responsible for the actions that they might be capable of in regular life and ---more urgently to the police--- the things that they likely will be dealing with when black people have to be arrested.
It's exactly because of the observed behavior of the blacks that these cops are simply scared of the blacks rather than white people being guilty of displaying any racism.
It was mostly all of them calling me names or saying that I'm crazy or blah blah blah blah blah but they can't deny the fact that if they can't even accept criticism ---and then at least try to dissolve that criticism by good sound argument--- then they should not have any questions about why that they are treated the way that they are.
Meaning, the problem that continues to be is not racism itself, but rather, the accusations of racism because it is not even attempted to be shown by the accuser where the racism actually is.

So don't just tell me that there is racism, rather show me where there actually is racism and I will be behind you 100%.
After I've had my coffee and toast I mean.
Priorities. 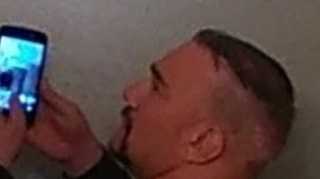