"Freddy boy" is the antagonist.
He's real at www.facebook.com/fredrick.i.wilson.

The Reader's Digest (condensed) version.
(I listened to this ...it's been more than enough time that white people have very willingly made sacrifices and shown deep sorrow... white people are still all-too-happy to keep making sacrifices... but given blacks absurd insistence with claiming that nothing has been done, we can't help but to wonder if the black people want zero excuse or to keep up a false narrative... almost all of the video events that have been shown over the last 40 years have actually not been racism but rather frustration on the part of the white people because their efforts have not even been acknowledged ---let alone appreciated... concluding as my remedy that black people need to acknowledge the efforts that have been made thus far before those said efforts will continue).

Now to the whole reasoning...
I listened to every word as I always do..
First, I will do the smarmy disgusting thing of virtue signaling by saying that I really like Trevor Noah as he's a good thinker and a thoughtful thinker and an overall good guy as far as I can tell.
But just because I like him and feel that his heart is good, doesn't mean that I can't attempt to show how his arguments ---and not just from my arguments about things, but rather, from his own words--- are not compatible with his own stated sentiment.

So...
At :20 seconds, he purposefully and rightfully brings attention to the word "recently".
"Recently" is a very subjective word as it means different things to different people, so let's look at how we can determine its proper use here..
"Recently" should be looked at in the context of if these injustices to the blacks are STILL causing them to be discriminated against, but better said, discriminated against SOLELY because of their skin or race.
So "recently" blacks were enslaved?
Evidence will show that it has been 160 years since slavery was legal BUT that's not so telling, in itself, as I would agree, if someone would feel that's not a point that shows everything, so we'll get more in depth with it.
So what have non-whites done to "repair" these terrible actions from 160 years ago and on into the Jim Crow years after?
Well, except for some small percentages of yahoos that were just ignorant and mean regarding everything ---not just the attempted civil rights enacting back then but with hating others and themselves--- everyone in America whole-heartedly supported the marches for freedom from discrimination for now 50 years.
That's 2-3 generations.
But is that enough?
Well first, the white people indeed should have been bending over backwards (at least if you want to live in a free and civil society that values actual consideration ughhhh actual thinking yuk) and zero people had problems with this bending as no one has disagreed that those actions were noble, but it has been purposely going on for more than 70 years and officially for 50 years and put into overdrive in the last 40 years and become insanely prescient in the last 30 years as we can rightfully without self-pity bring up affirmative action and social conscience that has so obviously and fortunately seeped into the minds of every kid ---black or white--- for the last two generations and more as our evidence of those said efforts by non blacks.
Also that unavoidable point, right there, makes it clear that we've been at the hearts and minds stages for more than 40 years and even everyone still totally wants to continue these types of enlightened views but it's becoming absolutely absurd that black people do not seem to know or care that these things have already been addressed and have been in firm place.

By no means are we lamenting that black people are usually now socially preferred over white people to be hired for work, but it is simply blacks behavior and values and priorities ---not the color of their skin or their race--- that make people still treat them in a type of way.

America has been 100% clear that it feels the sorrow of anybody who --as they feel--- is oppressed or even has been oppressed, but America is becoming more sorrowful that the people that they have so willfully sacrificed for don't even seem to have any desire to see those efforts.

It's a simple solution... make it crystal clear that you understand the efforts that have been made BY THE COMPLETELY INNOCENT white people NOT the former slave owners ---BECAUSE they're dead long long time ago--- and America will put it into an even more super-fast turbo drive to make sure that it never happens again.

But do blacks really want to have zero excuse?
Here's my proof that blacks don't want zero excuse: Blacks knowing that the efforts that America is dying to keep putting forward ---not just the sacrifices they've already made but so much more--- would seemingly make them feel like it's just a small gesture to just simply say "thank you for feeling the sorrow" as after that America would not just freak you out with their usual effort but would probably just simply pay you a million dollars per person per day and shine your shoes because they would be so happy that you appreciated their efforts.
So given that blacks are not even considering doing that as further evidenced by Freddy boy proving that he doesn't want to be involved in any conversation other than "white people need to pay white people need to pay white people need to pay" never even considering that white people have been paying for him since he's been born and they'll gladly do it again and give even more but only if it's recognized, it can only show that blacks have internal issues and other agendas that are not in tune with having harmony and TRUE equality. 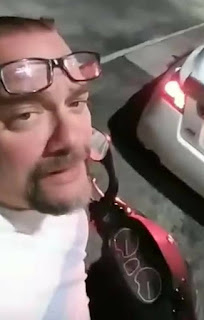