In Defense Of The Lunatic Liberal

Needed preface:
The #BLM movement is simply blacks being blacks SO this is not about them but rather also about idiots but ---idiots with good hearts.
The phone that you are reading this on was made by democrat liberal thinking; the chair that you are sitting on while you are looking at said phone was made by Democrat liberal thinking; the roof over your head was made by Democrat liberal thinking.
And yes the complete idiocy that is going on in the left is entirely Democrat liberals.
Nobody ever said that the Democrat way was without imperfections and always subject to their own daddy issues which are being displayed now in the form of trying to cancel everything throughout history instead of trying to advance by transcending it through understanding.
The crazy left that I was posting about 4 years ago has overtaken things like Washington college and many other things of course and somewhat remarkably a teacher who that they absurdly think is racist. They think that canceling someone like Bret Weinstein from Evergreen University is what they need to do but no one could be any less racist than Bret Weinstein (hard evidence shows that he's even a walking doormat ---and purposefully that) but daddy issues and humans own good hearts combined with people's innate desire to help the oppressed ---or who that they feel is oppressed--- has clouded their judgment to the point of dangerous absurdity.
But having said that, we must never forget that if we were to completely adopt Christian Conservative Republican ways, we would never even have been able to build any colleges or any homes or have the luxury of free thinking so that we all can be free to think ---stupid ---ass ---things.

But yes I'm way more distressed with even thinking about attempting to have conversations with the hard left because they have basically shut down all forms of communication if you do not agree with them --- and that could be no more antithetical to what we know is needed to actually continue advancing.
But to bring this back to the "proud" Republican, namely, Bill Pascek, I will say that his continual deleting of my comments (ala his left opponents) shows that he's actually a fascist as he prefers to shut people out who disagree with him, showing that he's completely incapable of keeping up with his own arguments when somebody actually properly calls him on his shit.
So 2020 hard left or 1930s and 40s Germany fascists; which one is he today?
Because from his actions there are only two options for him to identify his self as.
Or maybe I'm wrong, maybe he's just an idiot?
It's only because I like him that I'm extending to him that third option.

You could say it's on the house.

The house that democrat thinking built 😉.


(In house comment)
Petey boy, Billy is coming on to a greater understanding of things little by even more little.

Awwwww you see what I did there?
Cause I'm a geniouz 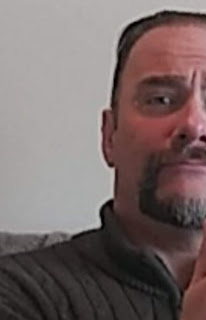