The short quick version that I've wrote on my other page is this: nobody likes slavery as we can all agree with the idea that slavery is a bad thing; nobody likes oppression; nobody can disagree with that; whites have enslaved others (so it wasn't personal); but the thing that nobody has talked about ---as the news stopped showing it in the early eighties--- is that blacks have forever enslaved other blacks all across the world, throughout time; so, while we all agree that slavery is wrong (no matter where it is), the blacks ---who continually do this also--- do not hold any moral high-ground, in this matter here, and therefore have no right to indict white people for something that the blacks have always done themselves, #too.

Meaning that when a people are making a *specific* charge against another people ---and again, the keyword is "specific"--- saying that it's whites and whites-only that have enslaved people, they forfeit the right to make that charge when they themselves are completely guilty of the exact same thing whenever and wherever that they've had the chance.

Also worthy to note is that, blacks enslaving other blacks is still going on to this very day in other parts of the world.

Now, I completely realize that they might not have taken this into consideration because the elite (rich) learned fast 50+ years ago that there was far more profit for them in pretending that enslaving others was a whites-only matter so they've stopped showing blacks enslaving others 40 years ago in favor of keeping the false narrative going and thus the money continuing to roll in.

Take heart though, because enslaving others is simply a nasty human undertaking rather than a black-only affair.

Cause whites have done it to others, #too, I mean.

They're beginning to be made to know and we are allowing them time to come to terms with this obvious but understandably awkward realism.

I'm not a smarter-ass and I HATE any unwarranted prejudice.

Most white people these days have good hearts but they're breaking with being continually blamed for things that they personally not only didn't do but from having to stomach the most egregious of errors in blacks blaming us for something that they themselves (blacks) have also done to others.

FOX news and MSNBC are having Coleman Hughes and I on ---but after the election.

Which says a lot.

The Democrats are using the blacks.

Using people's emotions is simply politics ---either side.

I'm not a Republican ---far from it--- and I've been public for decades and could easily be accused ---and have been--- of being a liberal pussy at times on this particular matter, but we knew that something was way wrong, back then.

We're not happy about this coming awareness but we need not just the truth ---because anyone can spit some inconsequential truism--- but the larger more encompassing and enlightening truth.

It's going to be alright. I really think so.

Or at least not anymore than we hate or like anyone else.

And the videos of whites treating blacks a type of way are born out of frustration from us (even vaguely) knowing this back then.

Cops need to be accountable, absolutely ---but so do ---others.

Show me any unwarranted racism and I'll be right there with you fighting it.

I've always wanted to play guitar in a group, but the Shadowbanned I never though I'd be a part of. 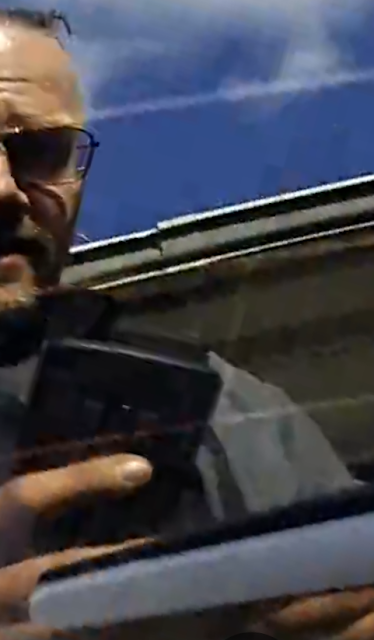