Race War Abated If You Want

If people are really serious about ending these racial tensions, then here is what they must do. Since black people make up 13% of the population (even though they are supported by roughly 65% of the total population of the United States (and of that 65% it is near 100% of the women, and of that percentage of the women it is 100% of the gays or the people that constantly feel different and upset because they were picked on) it shouldn't be that hard.

But now having been made aware of this we need to have some situation where it is stipulated that nobody can ever make fun of anybody different anymore; and White guys I'm talking to you.

Figure out your sexual situations and realize that it's only going to get worse if you don't deal with them because as Freud said "everything comes from our comfortability with our sexual-ness".

We know he's right, because think of any bully that has ever been nasty to you; you could just tell that he was not comfortable with himself, right?

But anyway, once this has been done (whether in theory or even in practicality) then the blacks will have to be responsible and own up to the fact that slavery is a human undertaking, rather than, a uniquely White situation; and when they are shown them constantly enslaving others, they will then not have any support to keep them on bullshit, but rather, they will (because they actually are sufficiently smart) simply own up to it and become decent citizens.

Then we'll kiss and make-up. 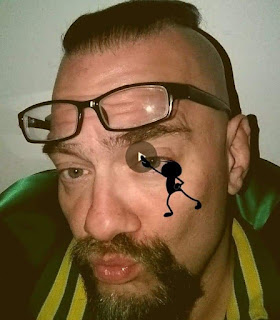