Reposted from 2015 after the then latest killing rampage.
(This one in Paris). 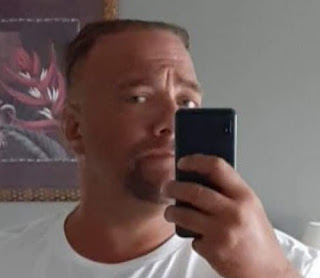 
In response to necessity;

This Paris thing and more plentiful atrocities will keep happening until we come ---or are brought--- face to face with the true scourge on our humanity; religion; which can be tamed but admittedly likely never eradicated but hopefully soon we wont turn to such poor remedies with vocal potions like, "well of course this happened to them cause everyone knows that they have the wrong god" ... It's NOT EVEN wrong.
This is scary, yes but it's LESS scary to do a cosmic redo and realize that as far as we know we are NOT alone cause we HAVE each other. Religion can't help but always want to keep separating and today you'll have ignorant smarmy warm feelings of togetherness and congratulate each other on being "good" and having "the one true "god".
How disgusting #notyoutone

I am you, yes of course; The only but significant difference being that I'm just a little more considerate and conscientious with what comes out of my mouth so yayyy me but it's much more than simply embarrassing to the thoughtful person when we hear people say, "Oh they (whoever is different) are animals" and especially the useless and empty "I'm praying for them"
My GOD!
So while you unite today with the tv circus about Paris remember that until you face your OWN religious bullshit then yes, YOU are causing this, because in this case at least "in for a penny in for a pound" really is applicable.
You know it's so easily understandable because if I, myself, though that god (or whatever is in charge) told ME to go rape my mother (or some such other activity) or I will be in hell fire, I WOULD.
BUT it didn't!!
That's YOU making yourselves believe that shit. It's not just lazy and unattractive, it's immediately dangerous and more pressing is that it's always necessarily destructive.
I suppose that if and when bad things happen to me you all will say something to the effect of "well, he had it coming" or "that'll show him".
Ok, well WHAT did THOSE people in Paris do to deserve those gunshots?
I guess they "had it coming"?
Uh huh
Clint was so right in the movie Unforgiven when he said, "deserves got nothing to do with it" and "we ALL have it coming, kid".