No No Not This Time Dae Dae

Went to school with the blacks..
Not good.. many selfish issues they have.
More than others, I mean.
Crazy high percentage of them, at least.
Different values..
They like getting laid but they see it as a conquest and not even a sexual conquest which could be interesting, but a boring domination.
Largely a bad strain of humans.

In their own bellowing calls they're all "queens, kings"..and "bosses".
They are not for the social good.
Never have been.
They only like to engage socially when they can rub their money in the others faces.
I'm not saying that there are no good ones... considerate ones... but the percentage is small.
They never appreciate good things.
No one ---including myself--- likes to see anybody be subject to excessive force and certainly nobody likes to see racism but America has bent so far over backwards that it's breaking us... and maybe we need to do more but one thing is unavoidably certain, is that the black leaders and thus the black people do not appreciate the efforts that have been made; in fact, none, whatsoever.
This. This right there is what's subconsciously causing the treatment of the blacks.
It's unfortunately looked at as "ohhh the white man needs to do more".
Maybe, but when are they (the blacks) going to do ---even anything?

Blacks are the ones that are thought of when we are prompted to make the saying "don't mistake my kindness for weakness".
Blacks do that all the time; they try to jump on you if you're "weak".
It's their culture... But worse is that they're proud of their ignorance.
Their culture of willful ignorance.
Not dissimilar to the dunning-kruger effect.

Very very poor breed.
Disgusting on the whole.
Fucking up good kids.
Especially the good black kids.
If you are articulate they often respond "man you on dat talkin booahshit".
They don't want to be insightful.
They want to dominate you but can't.
Which breeds more hatred for you.
They hate our skin.
It's pretty to them.
That's why they so often say "black is beautiful".
It's Shakespeare's "thou protest too much" on full display.
I feel bad for them, I really do, but it's true.
Black is beautiful.
That's true also, but not their mindsets.
Still, zero people deserve to be enslaved.


The short but sufficient answer thus an immediate remedy is that the black people need to simply get up and say (if only because it's blatantly true) "we know that America and most parts of the world have REALLY tried to address it's harshness and yes indeed, it's failings with regards to slavery and we LOVE that you try and can't help but to see your sorrow".
That's all.
Then everything will be fine.

But do they want it fine?

I mean, you know how we ALL like a stormy rainy crappy day, sometimes because it gives us some type of excuse to ---not ---do ---anything?

You KNOW you just went "Holy shit he's right"... but so are you.
You already knew.
Yeeahhhh you did.

I just mentally stuck you up lolllll
You're welcome. 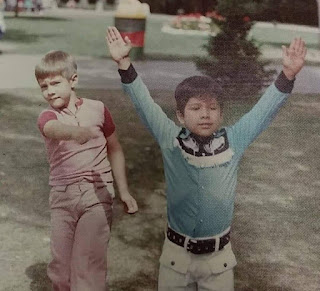