I just cannot fathom that this is the reality that I have come to realize that I am in. I sincerely just can't breathe when I think of the absolute ignorance of these largely human creatures.

Now mind you, everything that they are saying could somehow be some sort of an approximation of a type of general truth if what they were all upset about was even remotely accurate ---but it's not.

Look up Shakespeare's "thou protest too much". Yeah, it's one of my favorite things but what he means by that is that usually somebody over-doing something shows that they know something about themselves ---that they don't want you to know.

I give blacks the appropriate credit as I think they know better. What do they know better? They know better that they have never stopped enslaving other people all across the Earth since time began right on down through the ages and right up until this very day. I think they are very aware of that (on some level) and that is why they keep being nonsensical.

Otherwise they are the most stupidest dangerous creatures to have ever walked ---and that includes the caveman.

On my mother's soul I actually feel sorry for them not because anything has happened to them but rather because I can't imagine the ugliness they must feel about themselves to do this and what they're going to feel when the obvious facts that I mentioned above are brought to light.

On my fathers soul, I swear I think I would prefer to live my life without them knowing this (and so yes, continue pretending that white man is uniquely bad) because this is the saddest thing that I have ever known in my life.

Some of these people are truly sincere and I don't know if I have the heart to bring this to their attention what normal introspection would already have shown them.

I sincerely don't think I have the stomach to show them the trillions of hours of live video of blacks enslaving blacks all over the earth every chance that they have ever had.

I wonder if anyone gets what I'm saying.

I just think it's the saddest thing imaginable because they truly believe this.

The white people joining this consist of just silly girls being silly and young ---and female; hot but always potentially noxious.

And the guys are just there to awkwardly expell angst from not getting laid from these ---girls?

I'm just going to stay under the blanket until it's all over. 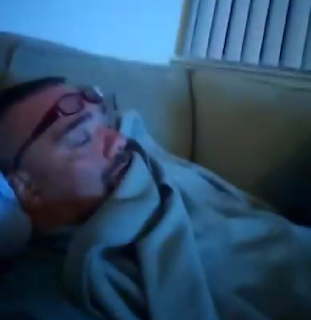