No matter how you slice it, married ones are making the best of a bad situation: but that they themselves have wilfully chosen to be a party to.

I mean it could have been good but they purposely chose to make it bad but in light of what?

What was the other side that was so horrible to ponder?

It's not cute to go to dinner with your supposed beloved one and playfully text about his quirkiness and how that you (said with no facetiousness) "tolerate him"... and then the "male" him/her self gets on Twitter and facetiously says some things about his experience at dinner with his wife.

Oh but wait she'll playfully correct him with the "better 3/4" laugh riot.

Ewwwwww no it's YUK ×2 definitely not cute.

It's frankly nauseating and disgusting because it's so weak.

It's literally because of religion.

I had to give up talking about the scourge of religion and/or dogmatic thinking (same thing) because I had to attend to another scourge of non-thinking with the black lives matter crew.

If you don't like the hassle that the black lives matter brings then you should've stopped picking on people for petty differences ---or even for any differences--- and also you should stop trying to make fun of people that are actually taking the time to give their considered thoughts through a few paragraphs ---or even more.

Meaning, you should never champion stopping the ones that are fighting for you.

Because if you do, then you will be showing us that you are not really worth fighting for.

So in other words chat up you mouth. 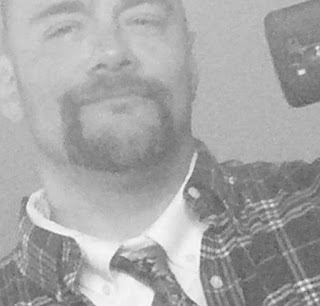 Or even half as the case may be.