The Race And Race

This political race should never be merely about pointing out that Donald Trump lies or pointing out when Joe Biden lies; because, we have to grow up in this one as this is a very pressing matter; and yes, more so than previous elections as all elections over the last 60+ years have had an undercurrent of race behind them ---and maybe they damn well should have.

No one really has ever seemed to be against the Blacks, in particular, as that's even just boring but also it's because we usually have enough to do without worrying that the Blacks might be pissed off that we don't especially like them particularly.

Most everybody has been enslaved and certainly 100% of everybody has been oppressed at some point; but first, as I have wrote about many times, the Blacks have no endgame; but second, and much more importantly, is that they have to obviously answer for ---or even just acknowledge--- their own enslavement of others, before we can even begin to contemplate wringing our own hands about their mostly self-made predicament.

We need to call an Earth meeting where that all the bullies get up and promise to never make fun of any sexual orientation or any peculiarities within another person; there then will be the peace; because, the women dogmatically supporting gays and Blacks will not anymore (just watch); and then the Blacks will be down to their 13% and as Coleman Hughes says '(they will then get in the appropriate line)'.

It might even be in front ---but it'll be accurate, wherever it is.

And then America will welcome them with open arms in a more natural way rather than in some faulty nauseating (and fake) virtue signal style.

In closing, I have to point out that the thing that is more nauseating besides Blacks thinking that they are entitled to something, especially, is when people of all colors (proudly) say that they "have all the facts" and that they like some politician because he "tells the facts".

Yuk, because what I'm saying is that in these particular matters (and most others) you do not have to wait to be *told* the facts.

Because if you were even just the slightest bit self-reflective you'd already know what you need to know.

They need a mirror. 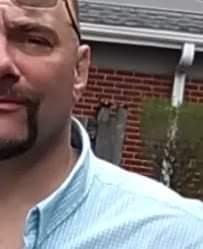 I'll loan them mine.
It's broke anyway.