Exactly Why "This" Happens

Listen, it's like this; in these last 60 or more years (and from further back but for less pressing reasons) Whites have been scared of Blacks ---and mostly for some very real reasons; so, growing up, they (as I myself was also not immune to this state of mind) realize that they have this fear; but since humans don't like fear, we try to attach a reason for it; justify it; quell it.

As Christopher Hitchens always points out "we are pattern-seeking creatures; as we will accept a bad reason rather than zero reason".

It's basically masochism because no one wants to be faced with a fear that they can easily at least subside by pretending to be on the side of their ---oppressor.

As I have written before, young kids grow up "learning" that a certain type of people are oppressed and they begin to have an underdog feeling for them and then it becomes a type of slight hero worship for them ---and unfortunately whether or not that people deserve any sort of ranking like that.

It's a relief valve for them to stave off the fear that they feel as that's exactly why that they are so fervent about it as Shakespeare would easily catch this "protesting too much" verbally and manifesting itself physically in the streets.

They don't want to hear about the obviously easy to find blatant facts that Blacks have never stopped enslaving people all through history and in all areas of the Earth; because that would mean that they would then have to challenge blacks ----which goes back to their original fear.

It's the rich getting richer and the scared getting ---more scared.

I'm only scared that I'll run out of pithy comments. 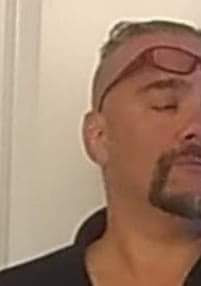